Insidious is a 2010 American-Canadian horror film that was directed by James Wan and the script was written by Leigh Whannell. This movie stars Patrick Lambert, Rose Bryne, Lin Shaye, Ty Simpkins and Barbara Hershey.

James Wan stated during an interview with Entertainment Weekly that there are people who are hesitant to work with him after his success with the Saw films and that is why he decided to direct Insidious, which does not contain gore and gruesome, bloody scenes.

The plot to Insidious starts off with a typical stereotype where a family moves to a new home, the younger child has paranormal incidents happen to him, the mother starts to see things around the house but her worries are usually quickly dismissed by the father who is rarely at home due to work. Despite this, the movie was intriguing and thrilling to watch, due to the excellent camerawork by the director and his ability to create suspense in the movie without the use of annoying jumpscares.

The movie introduces us to the Lambert family, Josh (Patrick Wilson) and Renai (Rose Bryne) who has just moved in to a new house with their two sons, Dalton (Ty Simpkins) and Foster and their infant daughter, Cali. As the family is busy unpacking, Dalton is attracted to the attic of the house and is shown to be frightened of something in the shadows. The next day, he falls into an unexplainable coma where even the doctors do not have an answer for his condition, due to the lack of injury to his body or head.

After bringing Dalton home from the hospital, Renai starts to see apparitions and paranormal incidents throughout the house, such as hearing a distorted voice in Cali’s room, seeing a menacing figure in Cali’s room, and her son Foster says that Dalton sleepwalks at night. After Renai sees a red handprint on Dalton’s bed, she asks Josh about the house but is ignored. That night, she gets attacked by figure in Cali’s room and the family pack up and move to another house.

In the new house, the strange occurrences still occur. Josh’s mother, Lorraine arrives to the house and tells them she had a dream about a dark figure in Dalton’s room. Suddenly, she sees the figure appear next to Josh and Dalton’s room begins getting ransacked by unseen forces. Lorraine calls Elise (Lin Shaye), a psychic, paranormal investigators Specs (Leigh Whannell) and Tucker (Angus Sampson) to help with the events in the house.

It turns out that Dalton is not in a coma after all, it seems that he has inherited his father’s ability to travel mentally to the astral plane, similar to an out of body experience. The little boy does not know his special abilities but thinks that he’s merely dreaming when he goes to these places. Dalton now has travelled too far and has become lost in a purgatory realm called ‘The Further’ where tortured dead souls roam. Josh finds out from his mother that he used to be able to do that as well, but there was a spirit of an old lady called ‘The Bride in Black’  who had gotten attached to him and wanted to claim his physical body which is why she had gotten Elise to suppress that memory in him to ensure that Josh was safe. Now, it is up to him to travel into the Further to rescue Dalton.

First of all, the scares were good with many scenes that were creepy and unsettling without the need for jump scares. The director also used scenes where frightening entities appear during broad daylight which definitely surprised me immensely. Due to many horror movies using darkness or night time as their backdrop for scares, it has become common for us to expect only scares during dark scenes so this movie definitely was a welcome change with its daytime scares. The entities that appeared in this movie too were really frightening to look at, especially the creepy smiling family that Josh first encounters during his exploration of the Further.

Another horrifying entity is ‘The Bride in Black’ who is definitely very creepy and unsettling to look at. We get to see more of this entity in Insidious 2 where the history of the entity’s existence is explained. 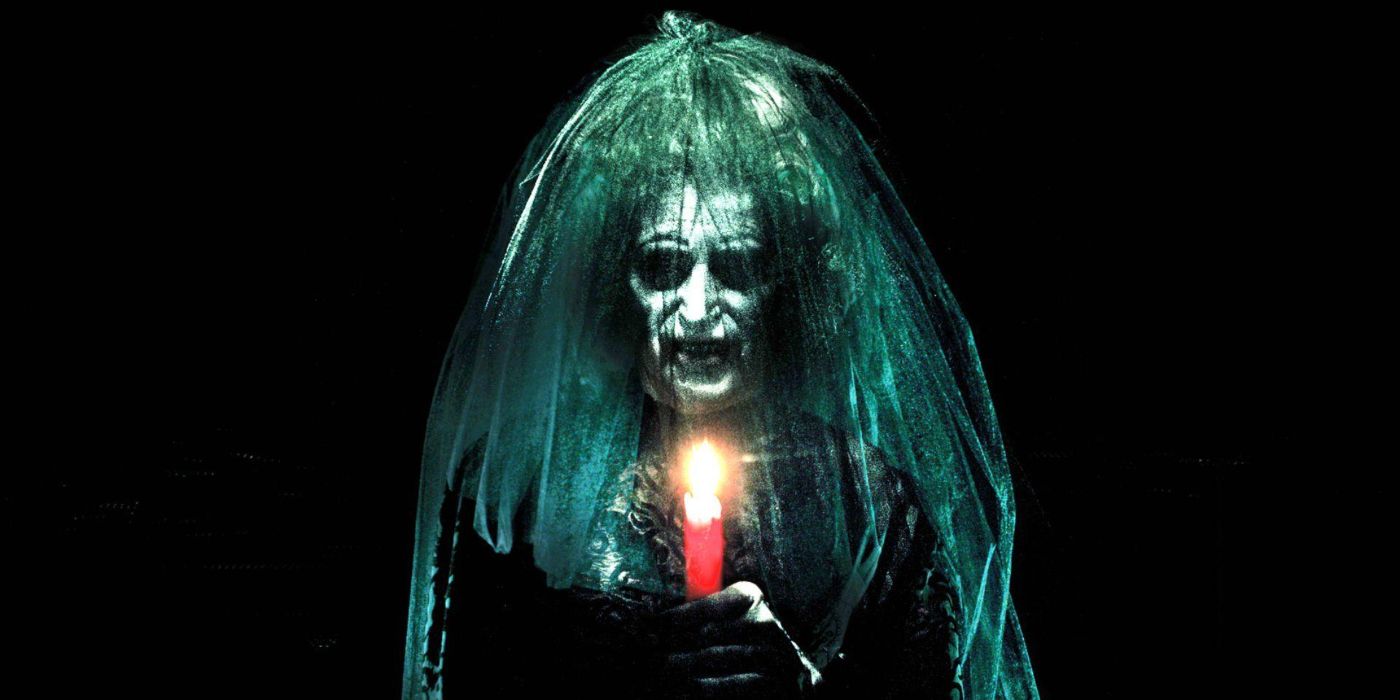 Furthermore, the chemistry between the actors were really enjoyable to see such as the wicked chemistry between Elise with Specs and Tucker, they made a great trio and the duo provided some laughs along the way, giving us some time to recover from the scares throughout the 1 hour 42 minute movie. 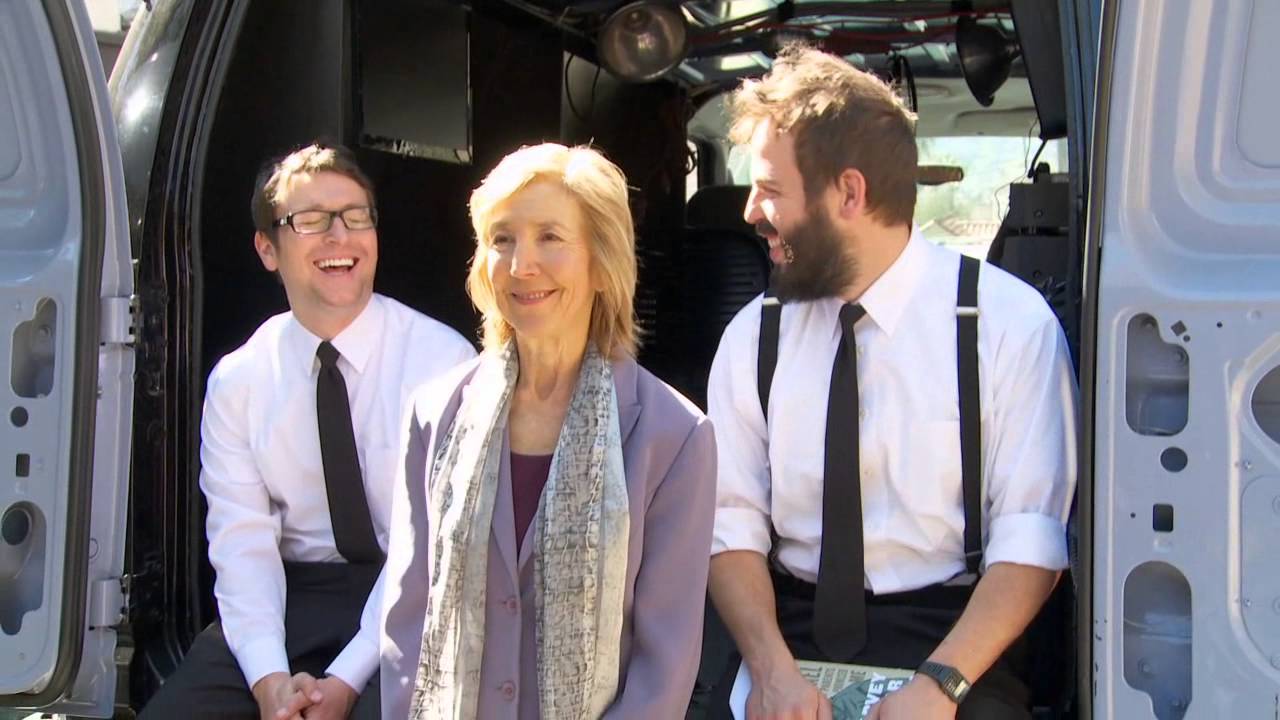 Another pro of this movie was its effective use of music and omissions of it at certain scenes to build up tension and increase the atmospheric tension for the audience. James Wan has said that the score for the movie was done with sharp violin plucks and jarring instrument sounds to set the audience on edge. He would purposely give scenes with silent scares but that loud jarring sound would keep audiences on their toes. The character development too was great in this movie where we, the audience would actually feel sympathy for the character if anything happens to them.

There were a lot of memorable scenes as well in this movie, especially the little boy dancing to “Tiptoe through the tulips”, the creepy smiling family in the Further and the Bride in Black. Overall, it was a great movie and it definitely unsettled me for a few days after I was done with it. It definitely will not be a movie that you’ll forget any time soon.

Ready or Not Review

Netflix vs. Amazon Prime Video: A battle of streaming

If Beale Street Could Talk

The Woman in the Window